The city will be incorporated at a grand opening ceremony where Princess Kharia Roderick will be installed as Princess of Roderick City and it's ruling governor. The city is the site of the Basilica of the Dark Divines, the Sith Imperium Secondary Academy, the Tower of Governance, the Tower of History and the Cavern of Justice as well as the Dread Master Palace.

Since the growing of the population of Roderick City there has been an noticeable increase in religious fanaticism. A cult known as the Coven has formed around the Wrath of the Emperor. This cult has launched an inquisition throughout the Imperium which burns heretics and traitors. Citizens visiting or on pilgrimage to Roderick City are advised to obey all laws, observe all religious rituals, obey all Sith customs and courtesies and refrain from actions disrespecting the Dark Divines, the Force or the Emperor while present as the penalties are severe.

Roderick City served as a gathering place of Imperium citizens and heroes for many years. However, during the invasion of the Eternal Empire, the Imperium abandoned its territories, including Yavin IV. They fled to the Indrexu Spiral, remaining there for over five years. While the Sith Imperium has made a return to the galaxy with the reclamation of Voss, they have decided not to risk their current galactic position, and have therefore not reclaimed the colony of Roderick City. 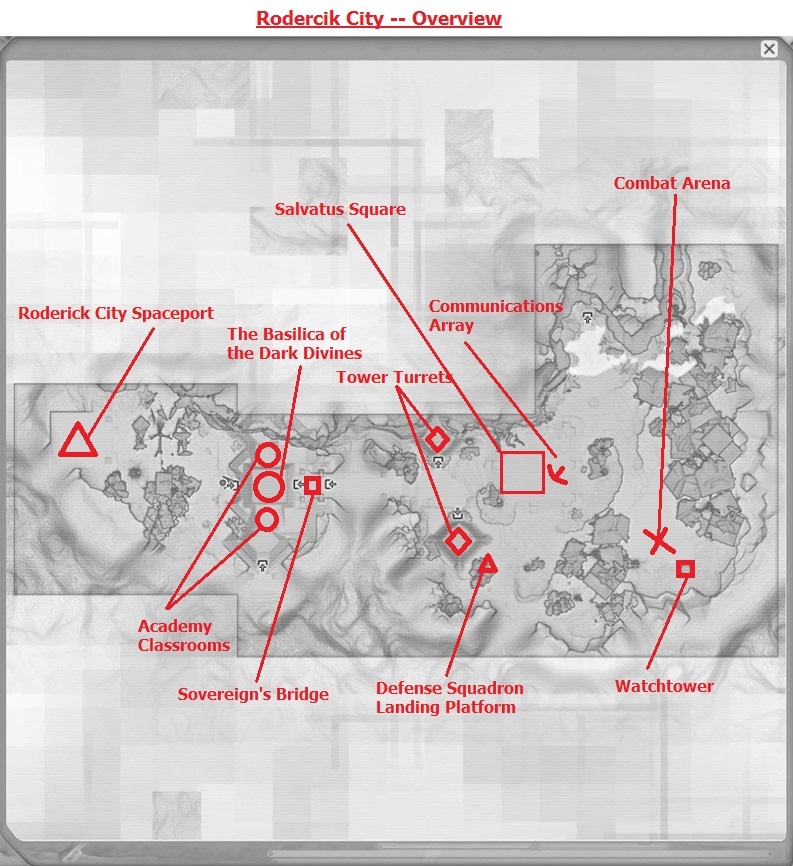 Retrieved from "https://sith-imperium.fandom.com/wiki/Roderick_City_--_Yavin_IV?oldid=8017"
Community content is available under CC-BY-SA unless otherwise noted.